Being an adult means …

Don’t feel like it. No how, no way. But part of being an adult is doing stuff you don’t want to do.

We had a plumbing problem a couple of days ago. One of the drawbacks of living in an older house is old plumbing. About 10 years ago we re-piped most of the house with pretty new copper pipes because we redid a bathroom and had to open walls. All the galvanized pipes that were reachable were replaced.

But the kitchen was not included in the re-pipe. So the kitchen had 60-year-old pipes. And those pipes were prone to clogs. We’d been able to deal with those clogs up until a couple of days ago. Nothing we did solved the problem. We could not reach that stubborn clog.

We undid the pipes we could reach and cleaned them out. We tried using a water blaster. Nope.

So we put the problem on hold until the next morning because there wasn’t anything else to do that night. I washed the dishes in the bathroom and my sister called the plumber. The dogs were confused… 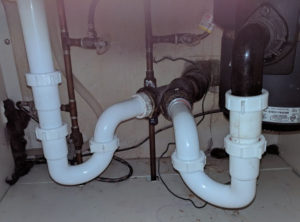 And now, we have brand new pipes in the kitchen.

But the point is that our plumbing problem was not going to go away by itself. And nobody else was going to solve the problem. We had to be adults and figure it out.

What an adult does

Besides being able to do what you want to do when you want to do it, being an adult means making sure the bills get paid on time. Taking the dogs out on schedule.

Being an adult means eating healthy (most of the time) so that you can live a long and fulfilling life.

And being an adult means working out when you really, really don’t feel like it.

And when it’s done it won’t be weighing on you. You won’t have to remember it for tomorrow.

And being an adult means you get to do everything all over again tomorrow. 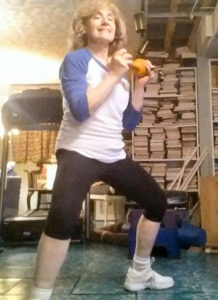 Your exercise routine, that is! As we age, it is increasingly more important to keep your muscles in shape. We don’t want them to atrophy! Yes, cardio work is vital, but it’s been proven that a combination of cardio and strength is most effective for overall fitness.

I have a set of free weights at home, because I work out there. But using your body weight can be effective as a tool also. A push-up is an amazing exercise that works the entire body! And a modified push-up is almost as good. Start with 3 sets of 8 push-ups from your knees. Hands should be directly under your shoulders. Make sure that your stomach is as pulled in as it can be, your body a straight line from knees to head – keep your butt tucked under! I started not being able to do a full push-up. I started on my knees and when that became too easy, I progressed to one leg straight, switching legs periodically. And when I could do that without a problem, I tried full push-ups. Not for a whole set, but maybe one full push-up per set. Push-ups are great for the arms, the back, the abdominal muscles – you name it!

Planks and plank variations are great total-body strengtheners too! Stay in that full push-up position for 10 seconds. Work up to 30 seconds. And then a minute! These are especially good for the abdominal muscles.

Our triceps muscles are a major concern for many women, especially. A good triceps exercise that doesn’t need special equipment actually uses a chair. Sit on a chair that doesn’t move (no office chairs here!). Slide forward and support yourself with your hands on the front of the seat, arms close to the body. Slowly bend your elbows and rise back up again. Feel those triceps?

If you belong to a gym, or are lucky enough to live somewhere with a fitness room that has equipment, try it out! Those machines can give an awesome workout. Just make sure you get good instruction from someone who really knows how to use them. You don’t want to hurt yourself trying to get fit!

Improve your balance, strengthen your core 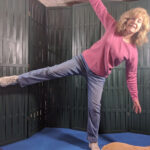 With simple exercises you can improve your balance and strengthen your core in just a couple of minutes a day! Get your free Week of Core-Centered Balance Moves now! 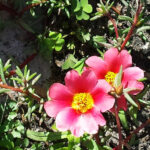 Your Guided Garden Meditation Walk starts here. Download it now and get ready for peace. You may even sleep better.

Get my free “Grow Your Resilience” ebook 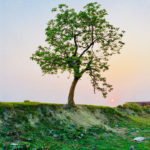 Learn how to bounce back from life’s misfortunes with my complementary ebook: Grow Your Resilience. Life is uncertain now. Many days it feels like you’re being bombarded from all angles. Learn how to roll with those punches. 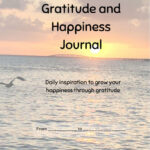 The surest way to happiness is to express gratitude. Your Gratitude and Happiness lined Journal has prompts to help you identify things you have to be grateful for. Every page has a sun icon, because there’s nothing more uplifting than the sun. Amazon. $6.99.

Tees, tanks, water bottles and more for working out or just because!

I love the French Bulldog images on these items! Of course, the fact that they were created based on my sister’s Teddy helps! You’ll be taken to the Cafe Press shop where you can see all the “Tedmonstah” designs. Cafe Press tees are excellent quality – nice and heavy, and they wash really well. And that’s an important consideration for workout clothes!